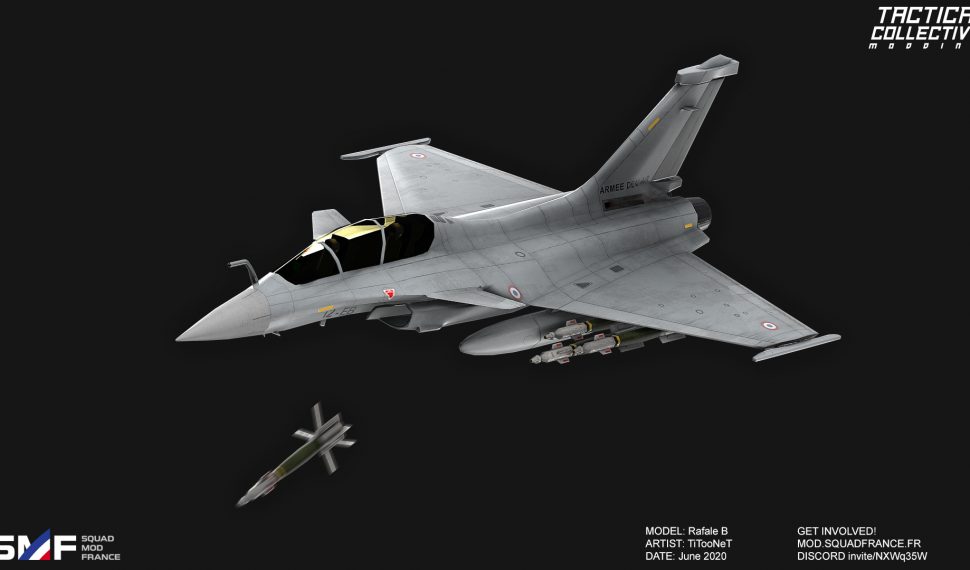 The Tactical Collective Team made an amazing job this month, a lot of progress has been made since WIP #22.

We are proud to present to you today our hard work and we hope you like it.

With the help of Medinar and the skills of TiTooNeT, both have succeeded to create a Rafale B Precision Bombing.

To pimp our Famas TiTooNeT made a laser designator PIRAT(not functional as you have on the M4), a special mount with the grip.

TiTooNeT made one on three versions of the VAB, the other ones will be the VAB 7.62 and the VAB ULTIMA.

Medinar worked on the integration of the GBC 180 made by Hcardiod with functional lights for the dashboard and another cool feature the Range finder Vector IV that you have seen before.

As you can see, the MILAN anti tank wire-guided missile is a common asset of SMF and Bundeswehr Mod Squad. As we needed modifications on it HEx reworked Anatasia’s model.

We hope to continue our cooperation with BMS Team.

You can find their job on their Discord and their website.

We will do the FAQ post next month and if you wondering things about the mod ask us questions on the discord!

You are an established modder, 3D artist, 3D animator or UE4 programmer? Join us! hit our discord recruitment channel to tell us about yourself and your abilities.