WIP #19 Welcome to the jungle ! & Interview of Sim0 (Sound Designer) 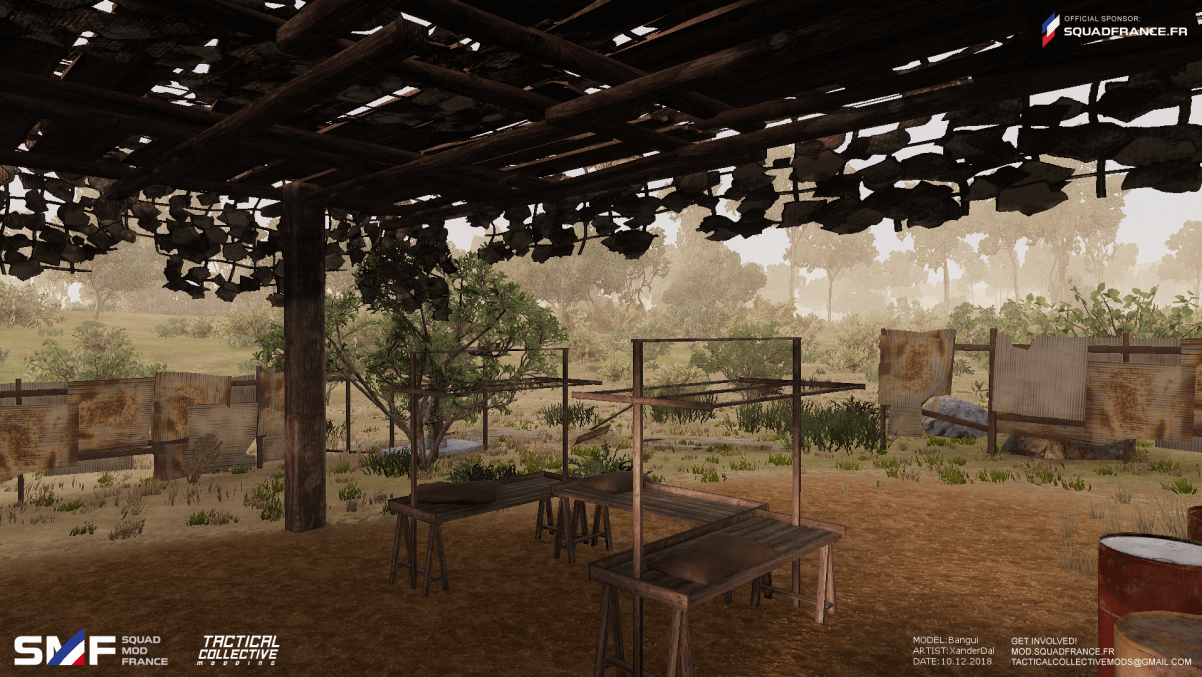 The V12 SDK has just been released, and our modders are busy updating the mod and making use of all the new stuff we have to play with! Here’s what the team has been up to this month, enjoy!

From 2013 till 2016, the French Army was deployed in the Republic of Central Africa where intense firefights took place. Which is why we chose to dedicate one of our maps to this conflict. This country also offers us the possibility to make a greener map with dense forest and rivers, far away from the sandy desert of Mali. The map is still at a very early stage, but Xander is working fast ! MILAN AT by Anastasia

It has been a long time we didn’t see her work, but Anastasia is back and she is producing a very nice model of the AT system MILAN. Two versions of the MILAN will exist in the mod: a fixed deployable version as a FOB asset, and a vehicle mounted version. We are slightly worried the Vehicle mounted MILAN will be a bit OP, but only time will tell ! I think we will never thank KaB enough for his precious help on weapons animations. He’s been hard at work animating the APAV rifle grenades, which will be for our grenadier class, the FAMAS and it’s accessories are very close to being finished.

BioHog is a newcomer at the Tactical Collective and he is already working on FAMAS attachment. The two first optics for the FAMAS will be the Eotech, and the Scrome J4 (zoom x4). We would like to show you the FAMAS with its attachments as soon as possible, and it is on a good way ! We already presented you the HK 417, but we are always happy to show you our progress ! INTERVIEW OF A SOUND DESIGNER, SIM0

Hi Sim0! This is the first time we interview a sound designer and I am really happy to introduce a job less visual but as important as 3D modeling for the immersion of players!

1/ Can you introduce yourself? Where are you from?

Hello there! My name is Alex Cook (Sim0) and I am the Lead Sound Designer for the the Tactical Collective. I am in charge of the weapons and vehicle sound effects as well as the engine implementation and blueprinting. I’m from South-East London, England and began working in the games industry around 2016. I am currently working at Rocksteady Studios (Batman Arkhman serie) on an unannounced project as a QA Tester and when i’m not at work I normally spend the rest of my time on personal projects, playing games like Rainbow Six: Siege or Battlefield and of course developing for the French Foreign Legion Mod !

2/ When did you choose to work in sound design? And what do you like in your job?

Ever since a young age I have had a strong interest in audio and spent most of my teenage years recording music and playing video games. I didn’t know what I wanted to do for work during my education but was fortunate enough to be studying at a University next to Dovetail Games who kindly offered me a Summer job as a QA Tester and I was able to meet their audio team who gave me some excellent advice and pushed me to learn how to use the Unreal Engine. I began my sound design journey from there and dedicated as much time to improving as I could. My favourite part of my job is being part of a team of creative people and producing a living, breathing digital world. I also enjoy the push for as much realism as possible with the Foreign Legion Mod which creates its own challenges and helps me improve as a developer.

3/ What is the work of a sound designer like you during the creation of a game or a mod?

My role is to make sure that the audio team are creating all of the content they have been assigned as well as implenting my own sound design for the weapons, animations and vehicles on the project. To do this I have to either record/purchase the sounds i need, edit them to fit the project and them implement them using blueprints. I also spend some time teaching members of the team how to use the Squad SDK (UE4) in order to give them the ability to implement their own work into the project. Currently I am using Reaper as my main editing station, the Squad SDK for implementation and Perforce to structure and save our project.

4/ Why did you join the Tactical Collective to work on a French Faction Mod?

I was looking for opportunities to build my portfolio on the Squad Mod Hub which is an amazing discord channel run by the developers of Squad that is filled with hundreds of talented modders and found a few projects to work on. Unfortunately alot of them fell apart rather quickly when members of the team weren’t able to commit enough time. I was fortunate to have made friends from older projects who had moved onto the French Foreign Legion Mod and thats when I was approached by the team who asked me to join, the rest is history !

5/ Do you have examples of sound design you released for something else other than the mod?

Yes, although not any released titles I do have a portfolio which is available at the following link – https://alexcookaudio.wixsite.com/test This is a new website and is still a work in progress for the new year. More content will be available on it soon including for the FFLM!

6/ If you have a word for readers to end this interview in a good mood, it’s time!

All i can say is thank you to all of our fans and testers for your patience. Alot of our team work full time jobs as well as commit time to this mod and although things have been slow, we are getting so close to having a finished product and I am so happy with the progress our faction mod has made. 2019 is going to be the year this thing drops and I’m confident you guys are going to love it, until then we look forward to bringing you dev vlogs from the audio team as well as some play tests.

PS: Here is a survey about our mod, please take few minutes to fill it and help us to improve our studio 🙂 https://www.survio.com/survey/d/F8S5M4R8G2S9N4B7I 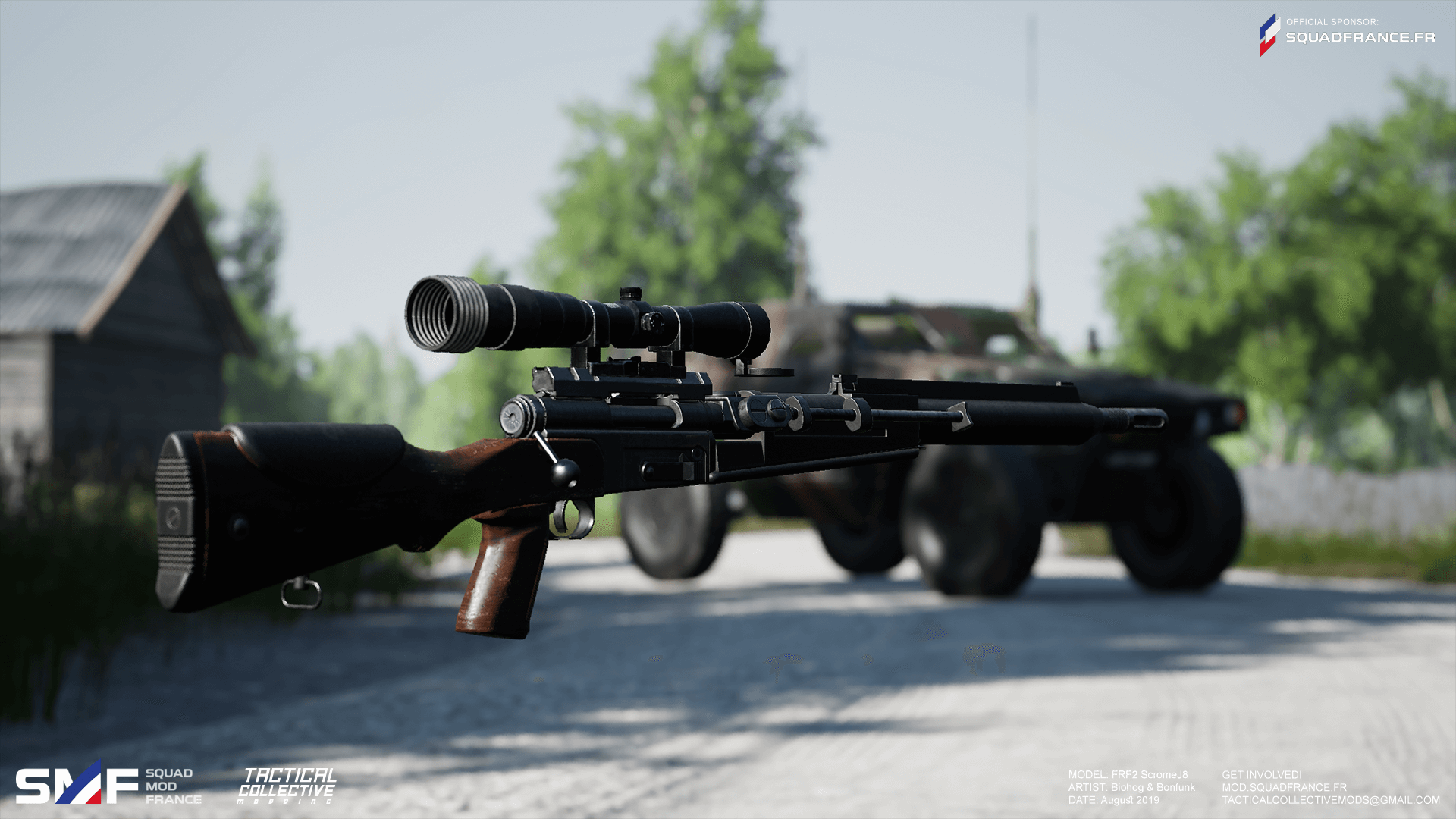