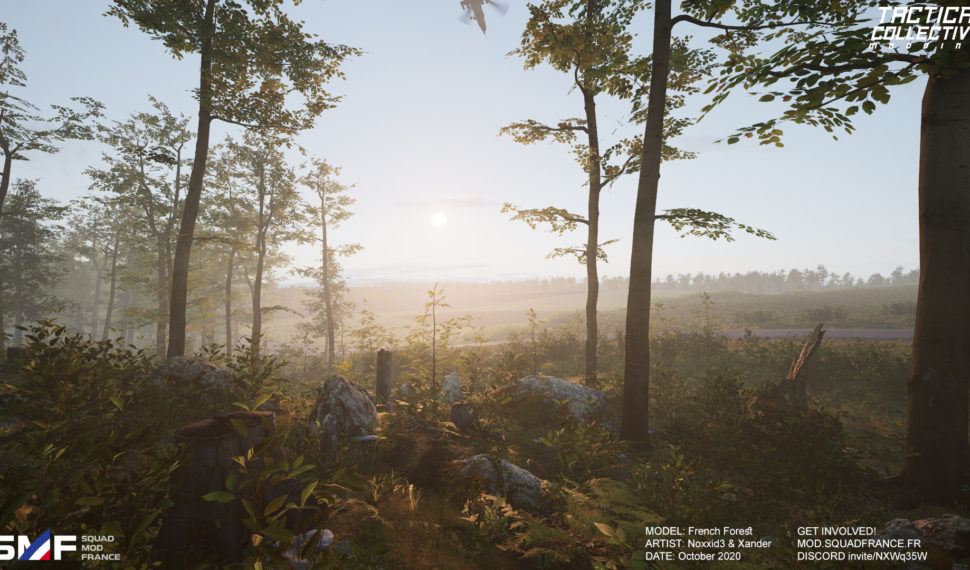 We hope you’re doing well !
Since our latest WIP (WIP#24), new artists joined the team and their work has already been pushed in the engine by our developer.
The future looks bright, so thank you all for your support.

Here is what we have done this month!

VOICES and MUSIC by  Otha, Matthew and Varko

A really important task for us is to provide the right amount of immersion. The Sound design team presents you a few samples of what they have done. Foreign accents for the Legionaries are also planned.

With the help of our VBCI (IFV) crewman Cisnero who provided references, DanielSMA and Médinar made new aiming optics for the Gunner and the Chief commander.

Since our latest WIP as showcased by streamers’ videos, several people joined the team. Thanks to their combined work we have a new FOB and other cool props for the FFL Faction.

Joe made an amazing work with this radio. You will find it on the FOB and inside vehicles such as the VAB, VBL or PVP.

French Forest by Xander and Noxxyd3

Our level design team is currently focusing on the French map’s flora as well the urban areas.

Clark is working on the level design aspect and is bringing new assets to our maps.

The Scrome J8 scope had to be redone, so TiTooNeT made a new one , MyDude and Umbop made the animation and Medinar pushed it in the engine.

Sound is from the M110, Sim0 is working on an original one.

Because it’s WIP, consider everything to be likely to change.

We are currently looking for a 3D animator and a UE4 programmer. Join us! hit our discord recruitment channel if you want to help.